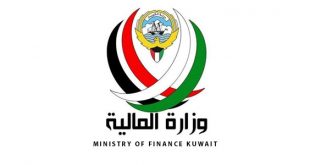 KUWAIT CITY, Oct 12: Ministry of Finance has started applying tax retention on all contracts obliging each establishment to comply by retaining 5 percent of the payment due to contractors or subcontractors, as well as payment related to a contract or subcontract or services until valid tax clearance certificates are provided at the end of the contract, reports Al-Anba daily.

The daily noted the Department of Taxation and Planning in the Ministry of Finance has started notifying the companies to provide tax certificate. It noted the certificate is valid up to one year. Officials of some companies affirmed the mechanism is still new, and they’re not fully acquainted with the details.

Meanwhile, representative of a global accounting firm accredited by the Kuwaiti government for implementation of tax retention stated the new system aims to control the annual corporate tax account as part of the ministry’s plan to stop tax evasion.

Ministry of Finance eyes upgrade of the tax sector
Ministry of Finance intends to prepare a file by which it will float tender to upgrade tax sector in the ministry through an electronic platform that depends on the establishment of an integrated tax system as a prelude to implementing a new tax regime, reports Al-Shahed daily.

The daily quoting a source noted the ministry is on the verge of preparing tender to upgrade the tax sector, which will serve as a stepping stone in establishing the Public Authority for Tax. It will also improve the automation system, train personnel and prepare them for execution of value added tax in 2019. He hopes the country will realize about KD 1 billion in profits at the first stage of implementing the value added tax. He also said the committee that is responsible for studying value added tax system has been working on data gathering and statistics related to the number of agencies and companies that are taxable.

This will also include imported products and goods produced, packaged or filled locally. Ministry of Finance has been test running the fingerprint attendance system on smart phones. It will later be put into full application when readiness is 100 percent ascertained, reports Al-Qabas daily.

The daily quoting a source explained the new system will enable employees to observe the fingerprint attendance via their smart phones immediately after they arrive at the places of work. This will save them the stress of queuing for their turn, as currently observed in the conventional system. He explained the system will be applicable to employees in the supervisory positions initially and later cover all ministry staff.

Implementation of the system will be extended to all ministries and agencies in the country when its performance is adjudged satisfactory, he said. He shed light on some peculiarities of the new system such as identifying the location of employees to ensure they’re within their duty posts and detecting those who deliberately leave the premises during official working hours.