ICS is no stranger to organizing successful events, be it entertainment or those for a social and noble cause.  After hosting & supporting twenty successful events in 2012 & presenting “Aye Mere Humsafar “with Vinod Rathod & Alka Yagnik,in April , ICS team is recharged for a new way of quality entertainment.

ICS presents" Jalsa Junoon Ka" on 6th September as a Tribute to freedom fighters & Mushaira with Kavi Sammelan. Moulana Azad is a solo stage play by legendry Bollywood Actor & theater icon Padma Shree Tom Alter. The play progresses in the backdrop of Moulana Azad dictating notes for his “India Wins Freedom”. In doing so, the Moulana discusses both political & apolitical with equal proclivity, with his narrative including numerous entertaining anecdotes characterizing his personalities, life, times & scholarship. Tom Alter is very familiar for all, a thespian & television actor, acted in both Bollywood & Hollywood movies. He has performed hundreds of stage play worldwide. Hisfilms from“Charas” till today’s hits, he is engaged in many fields. He has done remarkable role in ‘Shatranj Ke Khiladi” & as a British officer in Kranti. Film “Sardar”, the 1993 film biography of Indian leader Sardar Patel, which focused on the events surrounding the partition & independence of India. Tom portrayed Lord Mountbatten of Burma. Many films are in his account like Bheja Fry, Alag, Veer Zara, Aeitbar, Asambhav, Dhund, Shaktimaan, Aashiqui, Parinda, Sone Pe Suhaga, Son of Flower, M Cream, Kevi Rite Jaish, etc. He has also played Indian characters in Indian television series, such as the long-running Junoon, in which he was the sadistic mob lord Keshav Kalsi. Tom acted in Hollywood movie “One Night with the King” with Peter O'Toole. He had received praises for his role in the art film Ocean of an Old Man, which has been screened at film festivals around the world. 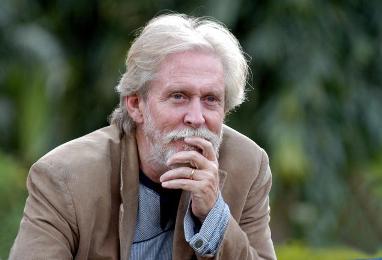 “Jalsa Junoon Ka” having another flavor of Mushaira with Kavi Sammelan and have invited top most poets from Urdu, Hindi & Comedic poetry section.

for more details and form Click on the below link: